Mario Badioli began his career in the early 1950s at a furnace in Murano. The world of ancient art glass making, its secrets, charm and creative atmosphere mesmerized the young Badioli. Mastering the art of glass-making became not only his profession, but his passion. He puts his heart and soul into his creations, giving body to the imagination through spectacular colors and shapes.

As the world-wide fame of Mario Badioli increased during the years so did the number of people even Murano based furnaces (!), who try to replicate the most successful and world-wide well known collection of Mr. Badioli, the Venetian Picasso Head Collection. This article helps you to recognize original Badioli sculptures by explaining the four main characteristics of his craftsmanship.

The distinctive key features of original Badioli Murano glass sculptures are the followings: 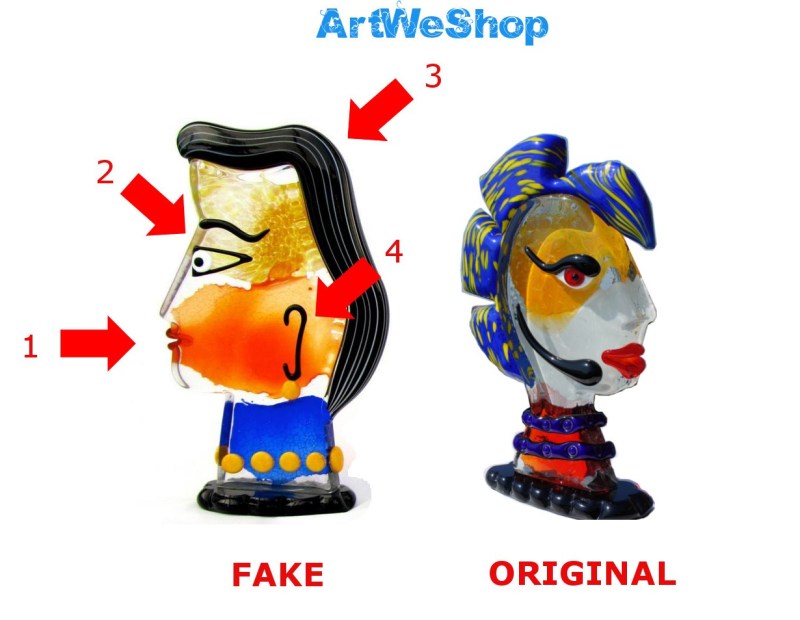 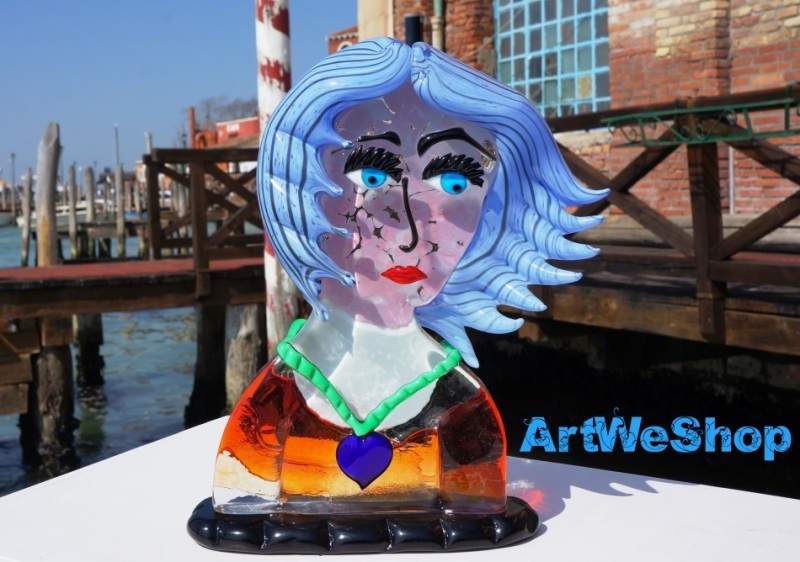 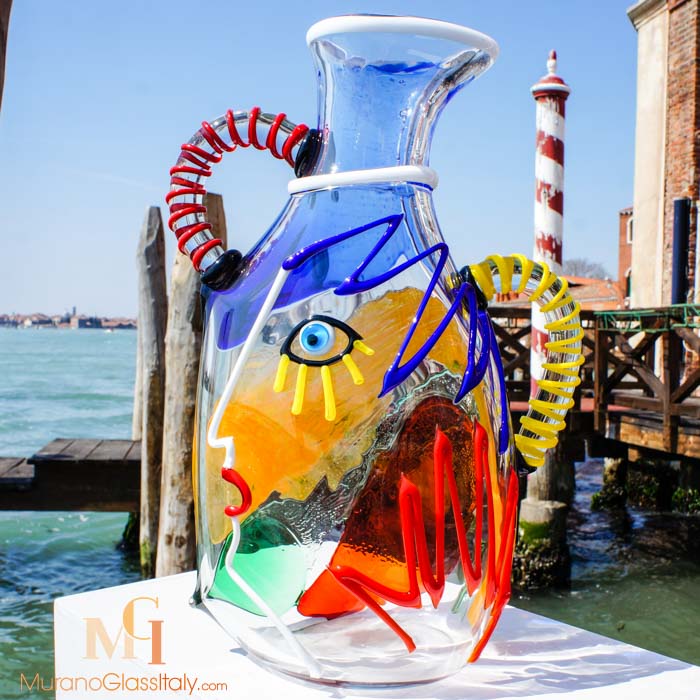 4. Signature and certificate of origin: 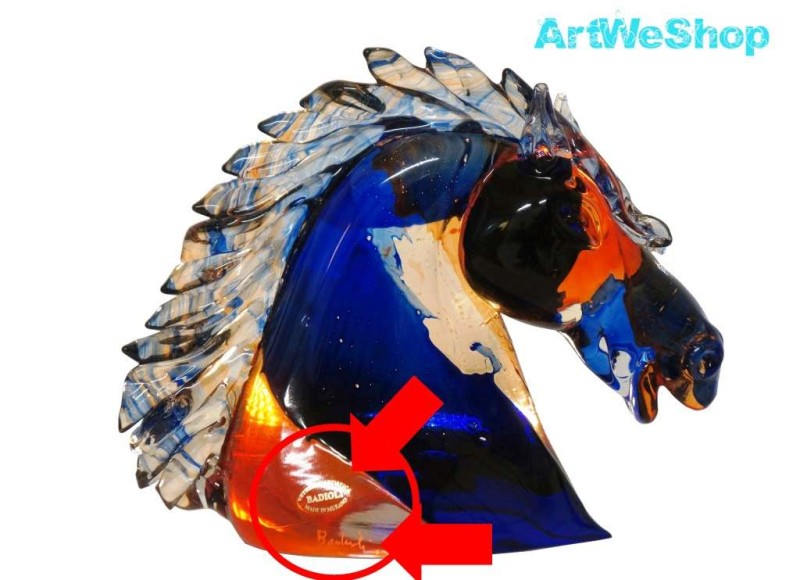 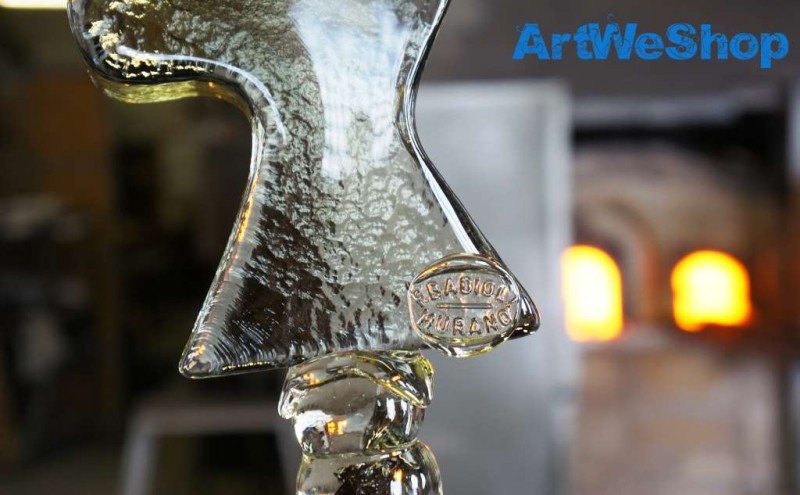 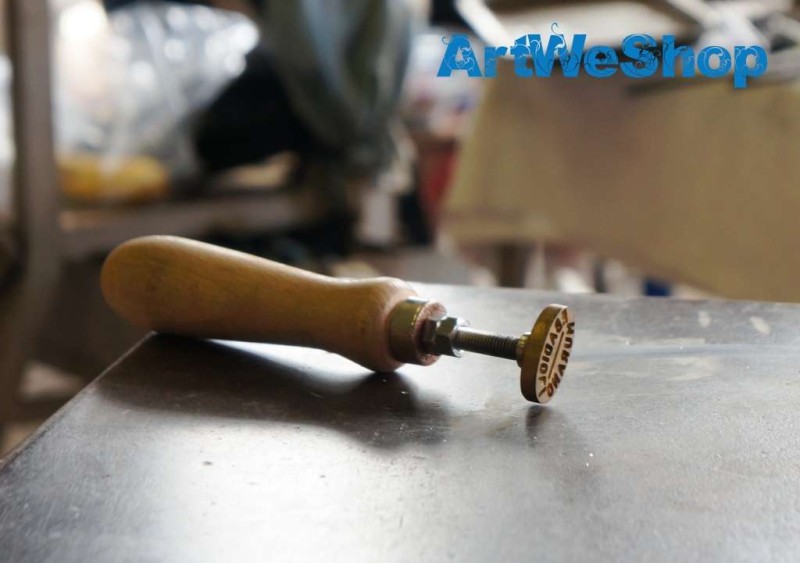 In case you are unsure if the given Mario Badioli sculpture is real or fake, you can see the real collection of Mario Badioli in the “Picasso Heads” Badioli catalogue on ArtWeShop. This catalogue is the official artist primer for the techniques and styles of Badioli glass sculptures. You may want to refer back to it when you are looking at factory catalogs.

Social
« Italian Art of making Murrine
Why and where to buy Murano glass, what is so special about it? »

Mobile version: Enabled
Back to top

Use the search box to find the product you are looking for.

No products in the cart.

Any cookies that may not be particularly necessary for the website to function and is used specifically to collect user personal data via analytics, ads, other embedded contents are termed as non-necessary cookies. It is mandatory to procure user consent prior to running these cookies on your website.